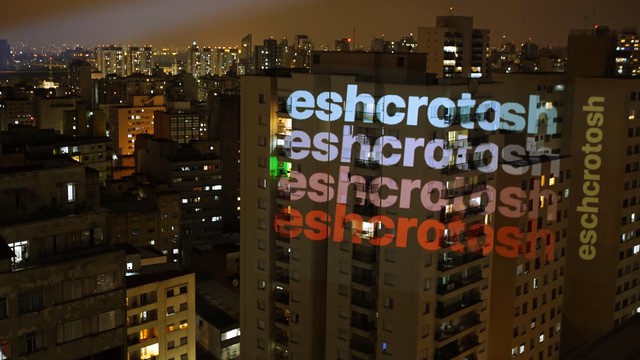 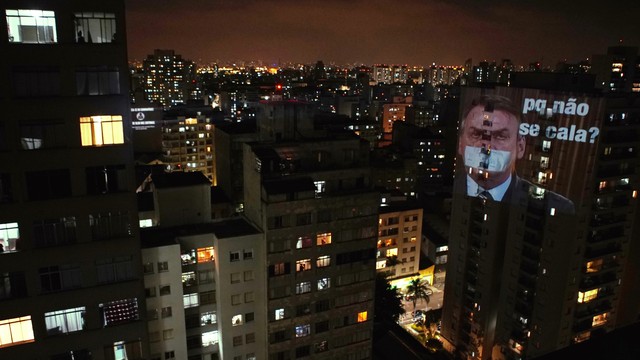 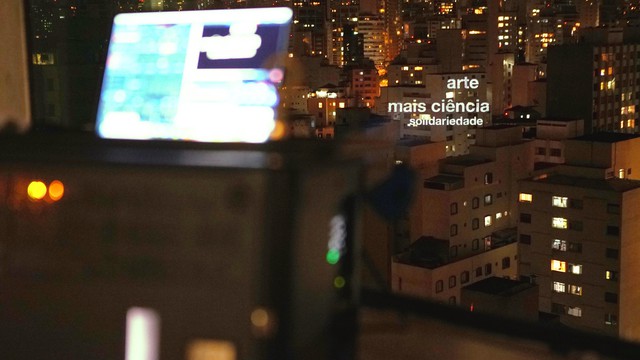 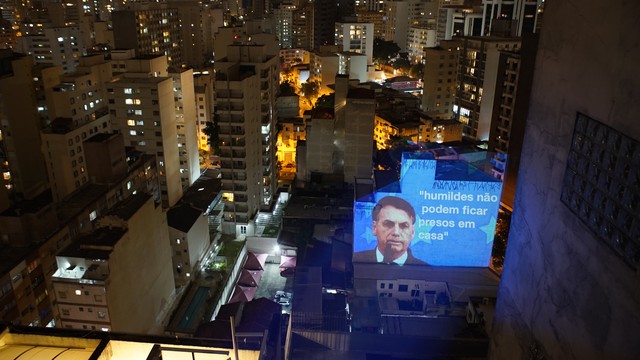 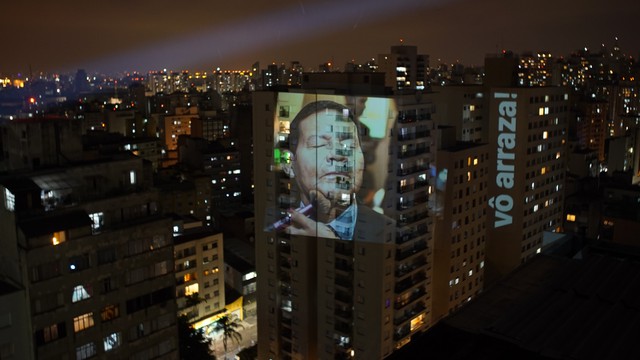 This is the story of how, without any funding our support, a Sao Paulo based artist used his quarantined time to project live created protest imagens in buildings around his apartment. Most of his projections dealt with the political crises created by a negations extreme right wing President Bolsonaro. By way of neighbor’s social media posts, the projections achieved high level of visibility in the local and international media, sometimes even shaping how the world saw the crisis in Brazil. (Sorry that since there was no information regarding length of description, I wrote all the information as a story and less as a description, please let me know if this is not appropriate)

I live in downtown Sao Paulo, a 12 million people city in Brazil. My apartment is situated in the 20th floor and has a 270o. view of mostly hundreds of residential buildings. Facing the prospect of a lonely quarantine that was supposed to last for at most a couple of months, I decided to take home with me a couple of good sized projectors (laser 12k and lamp 20k with long throw lenses). My plan was to spend some time projecting imagens on buildings that could be seen from my windows. My very first day of quarantine was spent trying to sort my setup at home. I didn’t have a big enough structure to support my 12.000 laser projector, and I pilled what I had at home (old sound system and books) on top of an office chair and placed the projector over it, tying everything with rope that I had at home. It didn’t look quite safe for the US$ 20.000 projector, but in that way I could easily move it around the windows and change target buildings. That would be very important because, not having any sort of authorization to project in nearby real state, I had to be careful as not to disturb people. If I over used their facade, people would complain and it could get ugly, with police being called, fines and other types of penalties. I didn’t want to start the projections in my very first night, but at that very moment, the 16th of March of 2020, people were disgusted because the federal government was downplaying the crisis, trying to convey the message that coronavirus-19 was only a “little Chinese flu”. News started to spread that there would be protest against the Bolsonaro government , each individual from their own window, at 8pm. I decided to join at 7:30 pm and didn’t had time to prepare any content beforehand. For years, I had been using vj software that could map photos and write text as the same time as the projection went on, so the lack of time for content production set the mood for an expression that would be real improvisation such as a jazz musician would do. It might be hard to imagine a scene as mad as this, but picture a high density, high-rise area with more than half its inhabitants went to the windows and use kitchen tools to make noise or scream their lungs out against an extreme anti-science government. Emotions were high and people were scared of the pandemic and they understood that the government was not creating policy that would allow our survivor in the worst crisis of the last 100 years. It was against this background noisy emotional soundscape that I started the projections. I downloaded a few pictures of Bolsonaro getting in trouble to use a mask and layered text on top of it with his statement about “the little flu”. I projected it in a building around 60m from my window, and mapped the text and his face around the windows in the façade. That image was shot by neighbors and shared in social media. In just one hour it was on all major social media accounts and newspapers, evening TV news and all main influencers.

Facade type and geometry (structure) : The next day an international press agency buzzed my apartment. He saw a picture of my window with the projector, taken from the building that was the “screen”. He had spent many hours asking around the neighborhood until he found me. I gave him my phone and we reached an agreement: I would call him sometimes before projecting and he wouldn’t publish my name.

Kind of light creation : This pattern of people screaming against Bolsonaro at 8pm went on for many nights, and myself joined projecting imagens in buildings around my apartment for over 20 nights, from March 2020 until January 2021. Sometimes, international news agencies would come and shot photos, sometimes not. Sometimes I would take pictures myself, sometimes not. Sometimes the photos would go viral and reach tv news and newspapers in Europe, North America, Asia, Australia – sometimes not. I would project for just over half an hour each time, always experimenting with new combinations of words and photos of politicians. Livre created projection mapping

Resolution and transmitting behaviour : Those images were important not because of their technological or aesthetical significance, but because I was somehow turning architecture in an instant meme. As quarantined time went on, other people in Brazil also started using projection from their apartment to protest against their government and it became more of a common thing. The building with the projection was just a perfect image to express how people felt about their political situation. Every time I “found” the perfect combination of wording, imagens and architecture, the photos would go viral very quickly. If not, the projection would at least help me deal with my own anger and fear. Somehow, with light and technology, architecture became an instant visual representation of the feeling of millions of people. Resolution was 1920 x 1200 pixels.

Pixel distance : Depending on the building, from 10mm up to 35mm.

Luminace : All projections were made either with one Epson 12.000 ansilumens laser projector with standard (1.5-2.5) lenses for closer buildings (up to 70 meters) I also used a Barco HDX 20.000 ansilumens projector with a long-thrown lenses (6.7-10.4) to reach buildings up to 400 meters from my apartment, so I kept experimenting new buildings and never received any formal complaint or had any involvement from the authorities.