Press Play on the Rubik's Cube 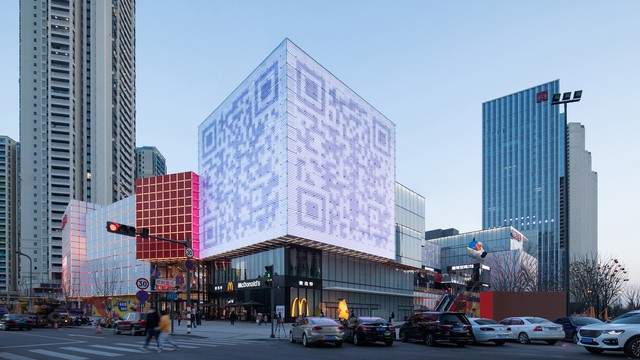 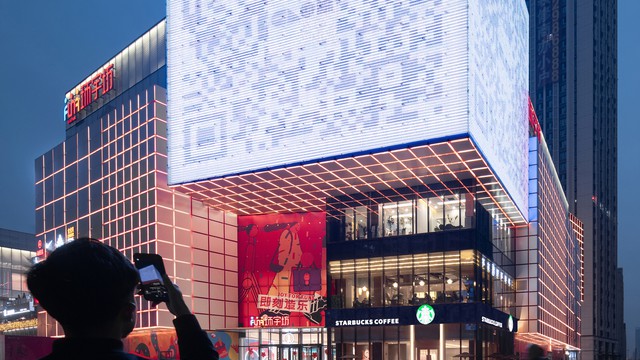 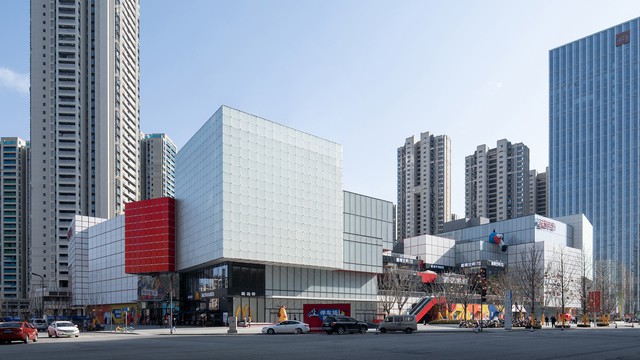 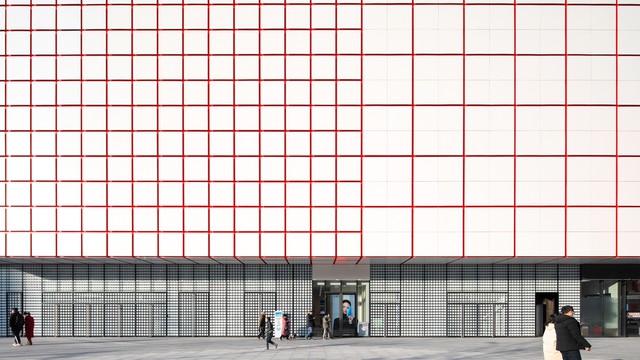 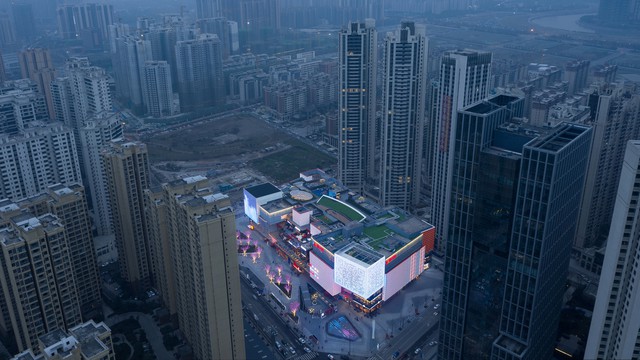 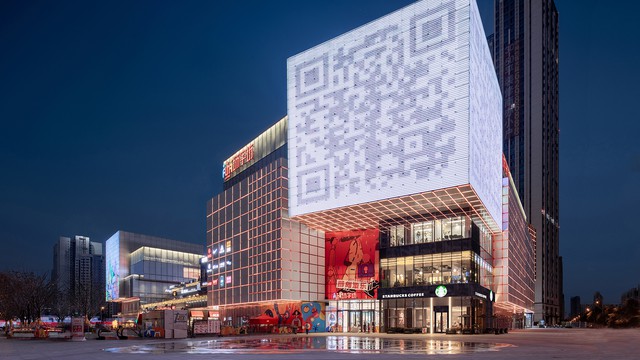 UNIFUN Chengdu is completed and started operating at the end of the mindful year, 2020. The 42496 square-meter shopping center is an "online and offline" architecture with a multi-media facade system and a large area of outdoor social space. To integrate architectural form and digital promotion into a coherent whole, UNIFUN presents an aesthetic inspired by the Rubik’s Cube. White pixel modules with red details curtain walls with lighting system, plus the large multi-media façade create different spatial and visual effects with the passage of time. At night, light penetrates through the openings at the joints of aluminum panels, enriching the night cityscape with a sense of futurism. The architecture can be interpreted as an interface between the virtual and physical world.

The 42,000 sqm UNIFUN is located in the Tianfu development zone of Chengdu, China. The area is currently expanding as the technology and science district, and connected to a new central business district by means of an ecological corridor. The façade is inspired by the playful grid of the Rubik’s Cube as well as the animated game culture in the age of social media. A modular interactive system has been developed as an architectural platform that can host digital content, integrating both technological and commercial sensibilities. As such, the building can be interpreted as an interface between the virtual and physical world. Different lighting effects can be continuously adjusted to change the facade of the building, and will also interact better with the multi-media screen. From light to shade, color, and graphics changes of the façade system, the design expects to achieve different visual effects for UNIFUN from the outside. During the daytime, the cuboid volumes blend into the orderly surroundings of the community and introduce a large area of outdoor terraces for locals to enjoy street life. Two corner LED cubes display QR codes embedded with augmented reality technology, allowing people to scan the module. Elsewhere, light penetrating at the joints of the aluminum panels enriches the night cityscape with a sense of futurism. These features accentuate the retail center’s presence in the fast-paced city, also create new opportunities for public social interactions. In addition, the digital canvas features glass panels with LED curtains, as an upgrade of traditional façade advertising, is able to broadcast exciting and informative content in real-time such as branding images, online advertisement, social media activities, and offline event information. Within this context, the aim here is to deliver an innovative design that responds to the exciting prospect of regional development while opening up the possibilities and extending the reach of architecture.

Facade type and geometry (structure) : UNIFUN’s façade design is determined by two pre-determined notions, one is to display digital graphic information such as QR codes via LED pixel modules, the other is to compliment the cuboid volumes of the architecture form inspired by the structure of Rubik’s Cube. In result, during daytime the façade with red and white details blends into the surroundings of the urban community. When the night falls, the lighting system embedded behind the joints of aluminum curtain walls dynamically illuminates the whole building. The aluminum panels that wrap around the Rubik’s Cubes are of two different unit sizes, 1.3 meters wide square and 2.7 meters wide square. Meanwhile, the interactive media façade measuring around 2000 square meter QR codes or other visual content turns the community shopping center into a physical interface between people’s iPhone screens and retail experience.

Kind of light creation : UNIFUN’s corner multi-media façades consist of LED pixel modules connecting end to end with white textured glass on the exterior instead of the whole high resolution LED signage, mainly due to the restriction by city’s urban planning regulations. The white and red lighting façades that complements the media cubes consist of matte LED strip lights embedded in the aluminum curtain walls, and the system adopted the DMX512 segment control technology. The entire façade can be easily edited and programmed to enrich the night cityscape daily.

Resolution and transmitting behaviour : The lighting transmitting behavior of UNIFUN’s media façade relies on the matrix of LED pixel modules. The number of modules embedded inside is 133 times 960, which equals 127,680. The design restriction on LED screen usage may not be as conducive to display high resolution content as possible, on the other hand, the entire façade favors the aesthetic of QR codes, 8 bit video games and retro style of graphic, which echoes better with the geometric lines of the architecture form.

Luminace : The brightness of both types of façades can be smoothly adjusted from 0 to 100%, adapting to the display of various digital content and daylight changes.

Urban situation : UNIFUN is located in Tianfu zone of Chengdu, the rapidly developed southwest China city. The district is currently expanding as the technology and scientific zone, as it’s connected to a new central business district by means of an ecological corridor. In the newly-developed vertical communities, where adequate facilities and public spaces are often lacking, community retail center has the potential to become a convenient meeting place. The multi-media façades coordinating with the large area of outdoor terraces by staggered cubes set-back appeal to public interactions both online and offline.