A symbol of the duality between reason and imagination 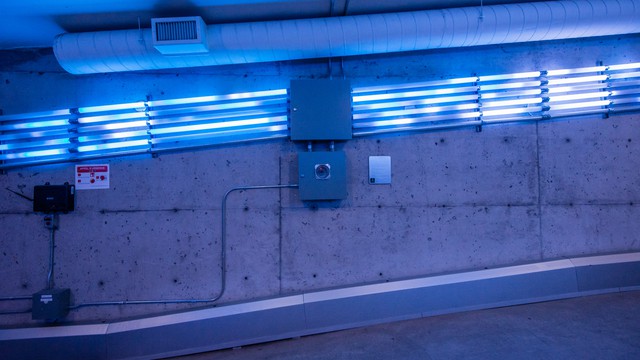 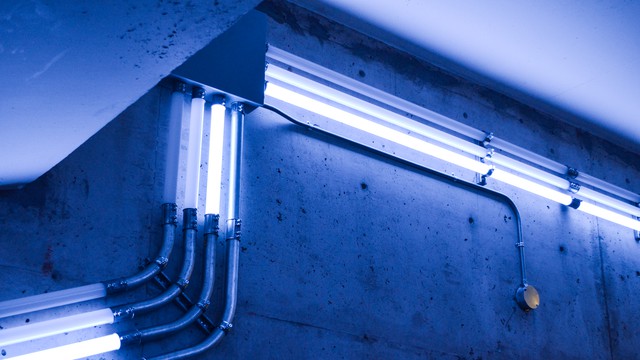 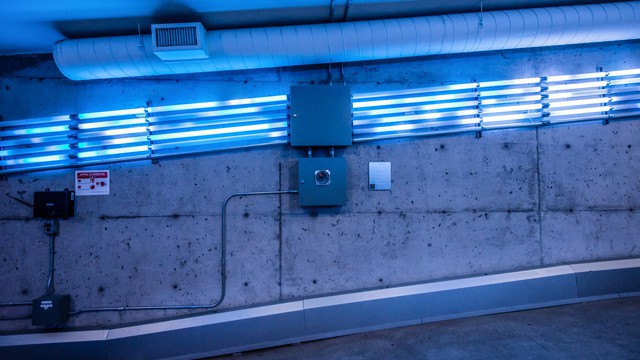 This peculiar combination of illuminated electro-technical elements honors the intellectual journey of philosopher Gaston Bachelard (1884-1962), who interlaced forward-thinking ideas underlying the complex interaction of reason and imagination, an important contribution to inspire us a society deeply marked by scientific and artistic creativity. Permanently installed in the main tunnel at École de technologie supérieure engineering school, this interactive artwork reminds future engineers of the importance of the rationale-intuitive bilaterality in any technological innovation.

Le Circuit de Bachelard is a collective and interactive artwork designed for the 40th anniversary of École de technologie supérieure, Université du Québec. It is installed in a 24-meter-long tunnel linking the two main buildings of this engineering school. It was designed by a multidisciplinary team including professors in media arts and engineering, and students. From the very beginning, the idea was to represent the duality between reason and imagination, an important factor in the creative process in engineering. This duality is symbolized in various ways in the artwork. For example, it was meant to show that technical building hardware could be arranged in an esthetical manner. As such, the design team restricted themselves to the same components – pipes, anchors, electrical boxes – typically used by the university construction department, complementing these components with LEDs and smart control for a vibrant lighting of this otherwise drab concrete space. RGB LED stripes are integrated to translucent acrylic tubes. These 2827 LEDs are individually controlled using DMX from a PC running Madrix software. The animation of lighting creates routes of running light blobs through the tunnel. Since the lighted tubes share the space with actual electrical and HVAC pipes, the lighting dynamics gives the impression of flow of useful elements (electricity, network data, air) in the building. A microphone is hidden in an electrical box at the center of the tunnel to allow interactive control. When users blow in an opening in this electrical box, the flow of light is accelerated, a symbol of the contribution of engineers in such technical systems. The artwork was designed as an innovation platform, for students to add elements to the installation in the future, allowing increased interactivity. This platform was successfully tested in 2015 by a team who created a luminous tug of war game in the tunnel, with players using their mobile phones as a controlling device.

Kind of light creation : 146m of translucent acrylic tubes are lighted by individually controlled RGB LEDs inside the tubes. The semi-opacity of the tube gives the impression a continuous flow of light, with undistinguishable pixels.

Resolution and transmitting behaviour : The lighting system in laid out as two (both tunnel sides) 3 x 400 pixel matrices. These matrices are controlled by a PC running Madrix software, through 8481 DMX512 channels.

Luminace : The system provides the only lighting source in the tunnel, 24/7, although an emergency auxiliary lighting system can be turned on in case of failure of the artwork.

Urban situation : The artwork is installed in the main tunnel between two buildings of École de technologie supérieure, one of the largest engineering school in Canada, situated in downtown Montreal.

Description of showreel : The system cycles between different patterns: running flows of light through the tubes, alternating solid colors, all with interactive control through sound.