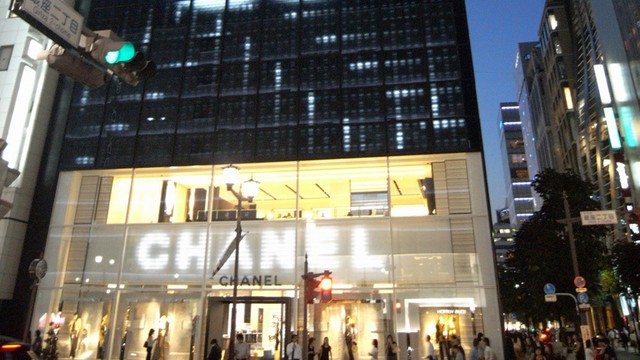 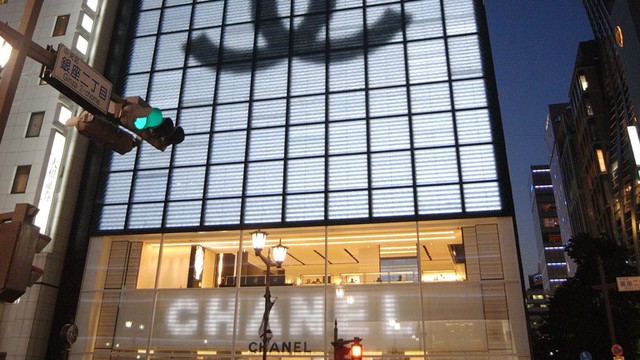 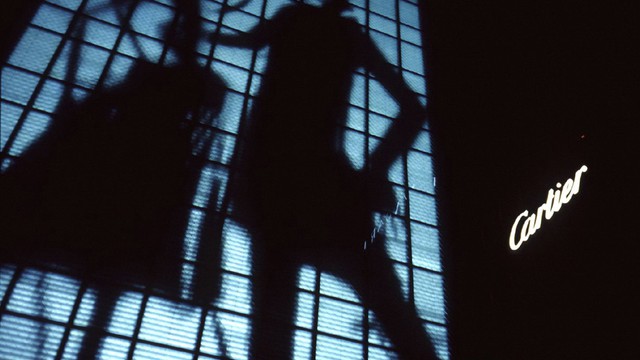 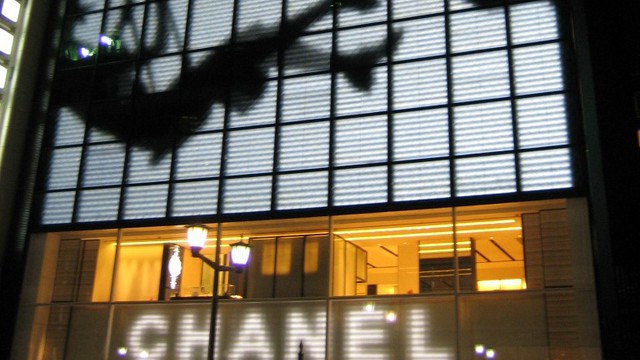 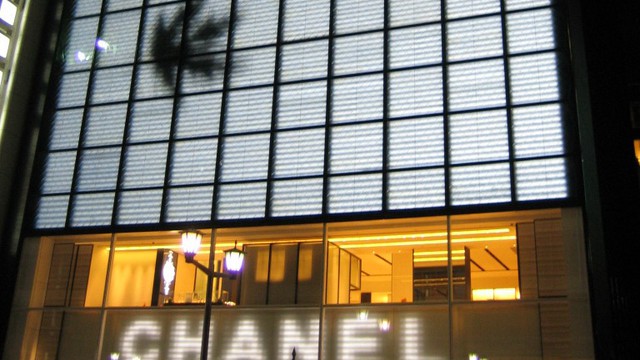 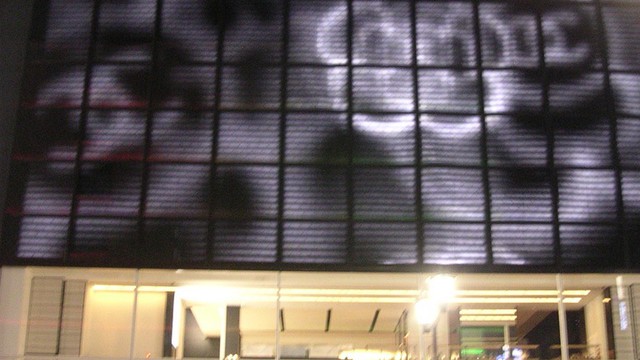 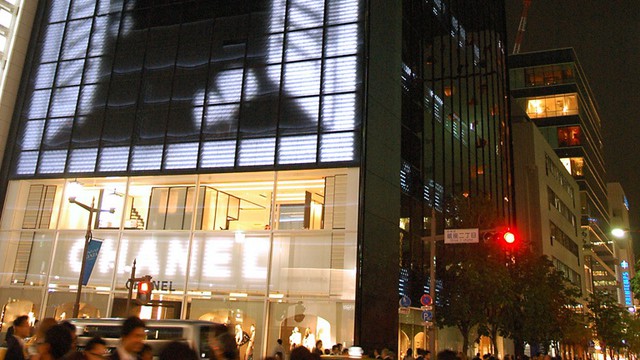 With a brand that is admired and respected for grace and sophistication, Chanel once again dominated the world’s attention by establishing a new store in a place recognized as one of the most luxurious shopping districts in the world: the Ginza district in Tokyo, Japan. Lighting Science Design Works partnered with Peter Marino Architect to pioneer the innovative utilization of media façades as a powerful yet elegant branding method.

The Chanel Tower is the first true architectural integration of LED technology into a curtain wall environment. It pioneered the innovative utilization of media façades as a branding method. Lighting Science Design Works collaborated closely with the architects at Peter Marino Architect throughout the engineering and project design process to ensure the design intent to integrate the LED system in to the buildings structure was met. Over 23,000 individually addressable, monochrome LEDs were used to achieve the stunning façade that epitomized the meaning of understated elegance. The front façade comprised over 18,000 LEDs housed in 1,870 video fixtures; while the side façade hosted 5,040 LEDs encased in 560 video fixtures. Each fixture was created with lightweight extruded aluminum approximately 2 inches in diameter by 2 meters in length. Diffusers for the fixtures were constructed from electronically controlled Privalight glass. Privalite glass becomes opaque when voltage is applied directly. However, when voltage is shut off, the glass will adopt a frosty coloring that works as a diffuser for the video fixtures. In addition, each video fixture is meticulously spaced apart to further allow visibility through the windows, without compromising the overall display. During the day, blinds are retracted, allowing the Privalite glass to be energized, and at the same time, allowing people inside the building to see through the windows. At night, blinds are engaged to provide a black background for the illuminated video fixtures, and the Privalite glass reverts to its ivory coloring, providing a display screen for the LEDs.

Kind of light creation : Light is created from monochrome LED video tubes that are vertically mounted behind the first glass layer.

Resolution and transmitting behaviour : Ultra-high density pixel grid was utilized as a video screen while Privalite glass served as a diffusion layer as the LED façade displayed shows.

Urban situation : The Chanel Ginza Tower is located in the heart of the Ginza district in Tokyo, Japan, recognized as one of the most luxurious shopping districts in the world.