In point of fact, the LIGHT CUBE is a city landmark with dynamic constantly changing light content. 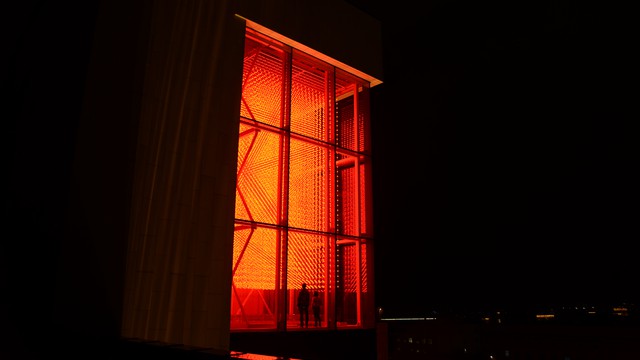 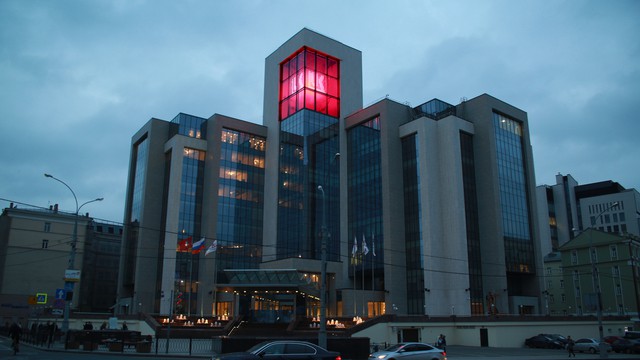 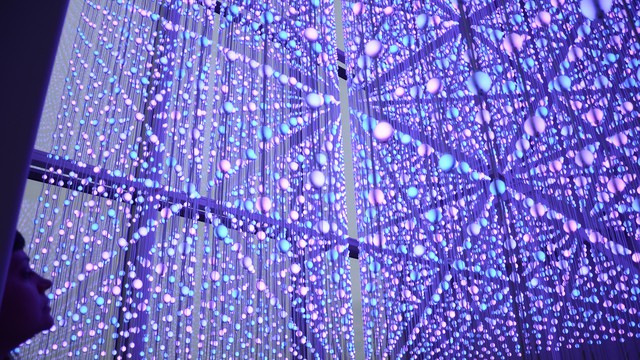 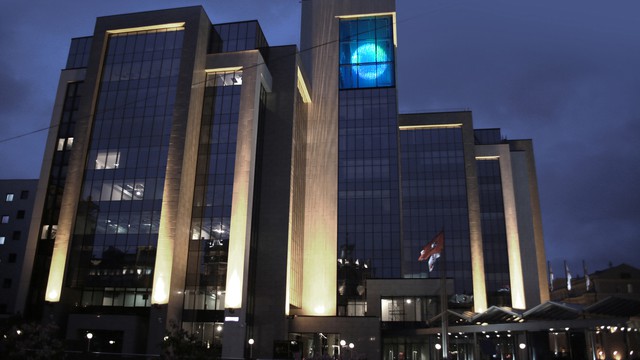 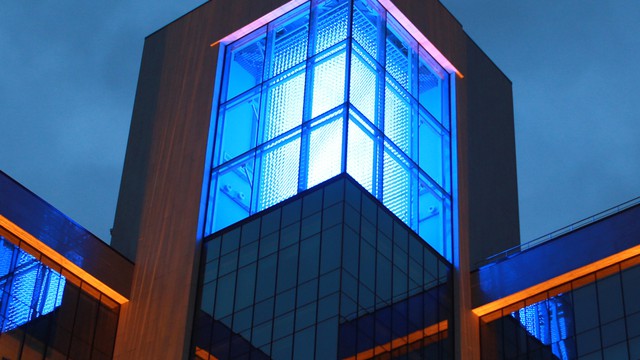 LIGHT CUBE project is a light installation which is unique for Russia. The installed object is found at the LUCOIL Headquarters’ top two kilometers off the Moscow Kremlin. As a concept, it is the top of the pane making the whole view on Turgenevskaya Square ensemble. The LIGHT CUBE object enables to create various associations. The theme of the three-dimension light continuity depends wholly on our imagination capabilities and fantasy. It is a quintessential dynamic sculpture not only luminant but able to change light forms as the result of using both static and dynamic themes to create three-dimension images. The idea of objet d’art location is engaging, making it possible to exhibit art works effectively, thus, contributing into sightseeing attractions of Moscow and creating a new show place. Suprematist art represents the essence of art, its beginning as well as its ending, consisting of denuded feelings, nondescript art. Both life as a whole and object art contain simple images of feelings, while art free of visual depiction of objects seeks to reveal “pure artistic feelings”. Suprematism is at the top of such kind of pure art. Clear perception and identification of the LIGHT CUBE with a socially oriented product will foster brand loyalty. The LIGHT CUBE conforms to all architecture parameters of the building, it also responds to the company’s image, its goodwill. It is similar to a lighthouse being the principal magnet of attraction and business streams. The installation shows three- dimension facility of individually controlled LED modules. LED modules evenly fill the volume of 5,7х5,7х12 meters spaced at intervals of 250 mm. Pixels are united mechanically and electrically into vertical light chains. Fastening is made with the help of cable ropes- two cables per each line. Every line is twelve meters long, all in all there are four hundred eighty-four lines. The number of pixels makes nineteen thousand three hundred sixty.

Resolution and transmitting behaviour : Fastened with the help of cable ropes - two cables per line - every line is twelve-metres long, totalling 484 lines, 19,360 pixels and a total watt consumption for peak-load conditions of 25kW.

Urban situation : The installed object is found at the LUCOIL Headquarters’ top two kilometers off the Moscow Kremlin. On the top of the building (40 m. height)