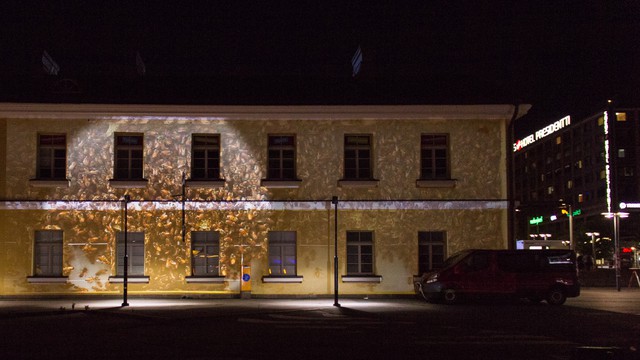 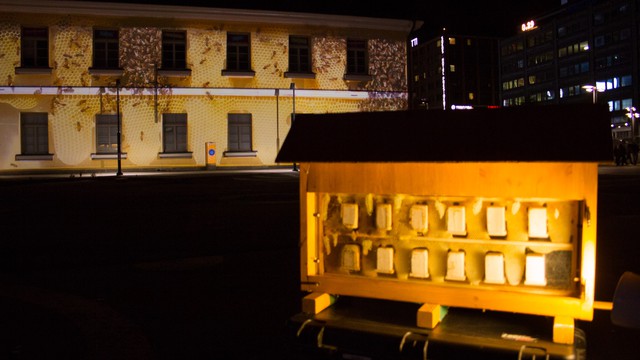 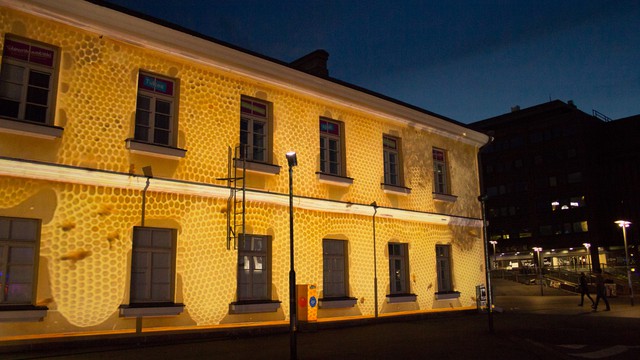 Big Bees on Big Buildings - A building is turned into a bee hive. Bees are brought back to the urban environment.

With the Human Beeing project we put the focus on bees and their role in our urban and ecologic system. Our aim is to create an environment that displays the importance of bees not by teaching and preaching but through visual aesthetics. Bees do great stuff. They polinate our fields, they make honey. And they are not dangerous. Moreover they are endangered. Through the loss of bees in the everyday environment people start to be afraid of them, mistake them with hornets or wasps. The Human Beeing project shows the harmless character, the busy activities and the ability to construct complex hive structures. We captured videos of a hive beeing built according to a real and given façade and project these movies edited back on that original façade. So we have scaled up bees crawling over urban façades, rebuilding it with honey combs. The original material was captured over a time span of 2 month and edited into a 90 minute, no time lapse, loop. We see the participation in the involvement of bees. Insects are important and the human based monoculture is a non preferable presence that we want to break up by pointing on nature and displaying it´s grace. Also the architectonic abilities of the bees are amazing and worth showing. The bee hive that was used for the installation was standing on the opposite roof, the bees really lived there. For the performance day the audience could see the filmed material mapped on the façade, but also the original hive.

Building or project owner : The Constitute

Luminace : Due to the projection only started at dusk.

Urban situation : The building is in the center of Helsinki. The façade is situated at a plaza, so people can gather in front of it.

Description of showreel : It´s the first projection on the building.