A library inside a sparkling diamond 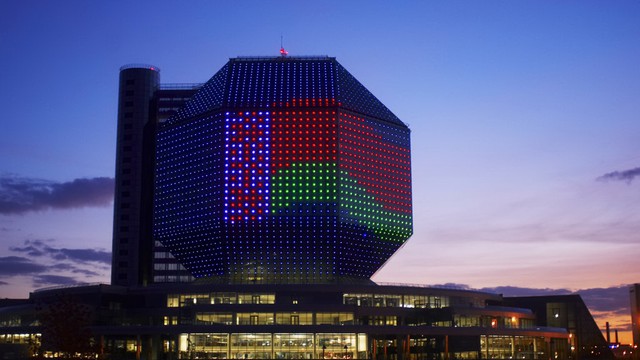 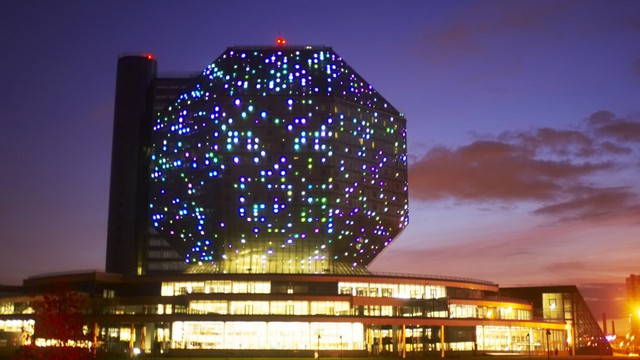 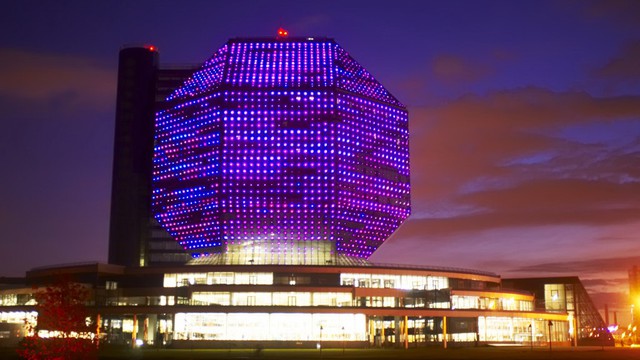 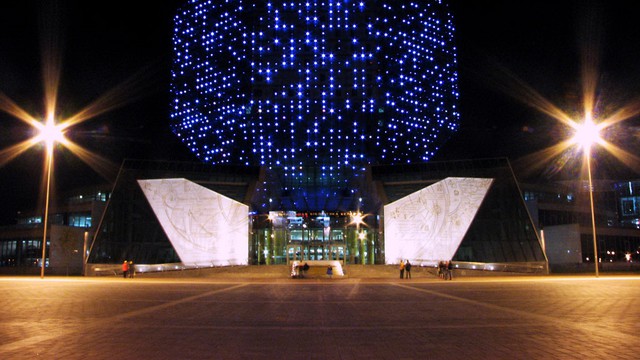 In 2006, Minsk received a new architectural symbol – a brand new building to house the National Library of Belarus. The twenty-three story library is designed in the form of a rhombicuboctahedron (diamond) and symbolizes the enormous value of knowledge that mankind has stored in books.

The National Library is covered with glass panels, which sparkle during the day like a real diamond. Architects Victor Kramarenko and Michael Vinogradov, the authors of the building’s idea, wanted to preserve and convey this vision at night. Professor Viktor Kramarenko describes the challenge: “In the evening, the sparkling effect vanishes. External flood type illumination of the building is not effective, since glass panels reflect light into space.” The authors suggested hiding the light sources behind the glass “to create an illusion of a giant color display”, continues Kramarenko. A total of 4646 color-changing LED fixtures were installed all around the building, effectively creating a monitor with 25x25 meter sides and 62 meters in diameter. “As a result, spectators are able to observe a fantastic show with incredible dynamic plots from hundreds of meters away. It is an extraordinary creative venue for lighting designers”. The entire color-changing system was designed and produced by Walter Industries (Minsk, Belarus), a 100% subsidiary of the Canadian lighting manufacturer GVA Lighting, Inc. The entire network of dynamically addressed LED light fixtures is controlled through a custom-designed software operating on a standard PC. The lighting designer is presented with a flexible interface for easy control and creation of lighting shows and specific lighting effects.

Luminace : Medium brightness - the façade is only being used at dawn.

Urban situation : The building can be seen from different angles and from a long distance.