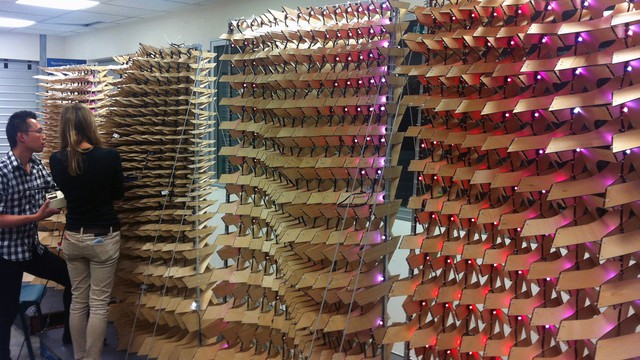 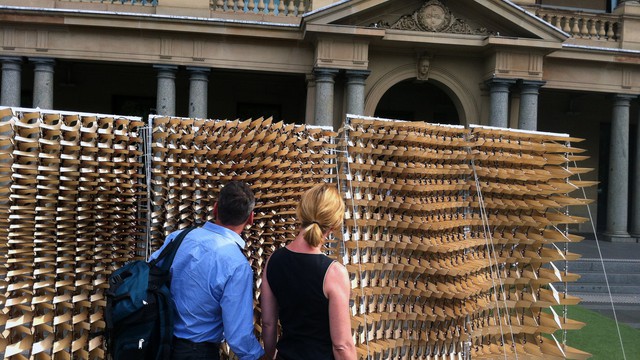 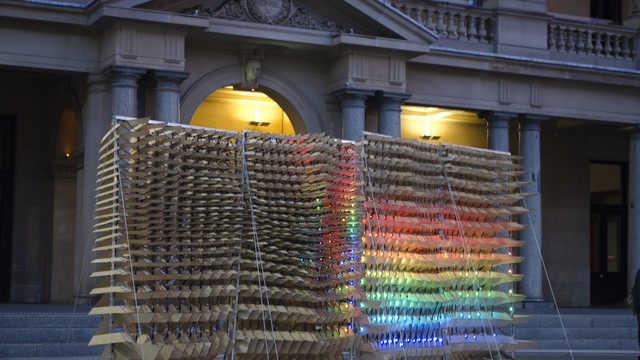 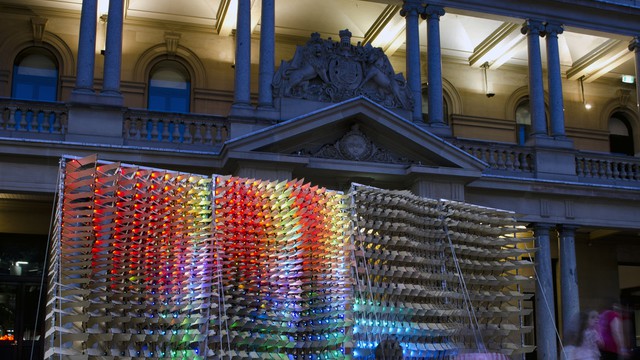 The mid 1990s saw with i.e. Saltwater Pavilion, projects where the architects, underpinned by a theoretical discourse from Stephen Perrella amongst others, worked towards combining three-dimensional static space with two-dimensional dynamic images. The primary aim of this so-called Hypersurface Architecture, was to explore the advances for architecture made possible by digital technology. The concepts and thoughts of the essay were expressed in the mid 1990s, at a time when ubiquitous computing and digital technology where at the advent of their current manifestation. When analysing both: form and media, at the time of the essay in the 1990s to the present, one clearly can argue a dramatic shift has occurred. The installation Hypersurface Architecture [Redux] aims to ‘revisit’ the above-mentioned concepts. Here students in Architectural Computing together with their tutors have developed a media wall based on digital theory, understood as the engagement with computational processes (an algorithm or measurement done in a computational manner) and computing (developing, using an improving computer technology, computer hardware and software). Each media wall compromises 800 Pixels as ‘digital bricks’. Each ‘Digital Brick’ has been generated following the same design logic with a scripted variation in order to achieve a gradient from small to large size and to enable them to be assembled as a complex curved non-Euclidian surface. Each ‘Digital Brick’ contains two AHL S18 LED to transform an otherwise static wall into a dynamic media wall that is able to showcase interactive media content transforming the installation into a vibrant light sculpture.

Kind of light creation : The laser cut components called 'Digital bricks' include 2 AHL LED S18 to activate the front surface of them.

Resolution and transmitting behaviour : A gradient transition from high resolution to low resolution ('Digital brick' from 20x20 to 4x4 cm). Interestingly the gradient resolution transition does not influence the visual quality of the image displayed on the surface.

Description of showreel : The installation responds to peoples movement and engagement through a change in color.