A different kind of christmas lights 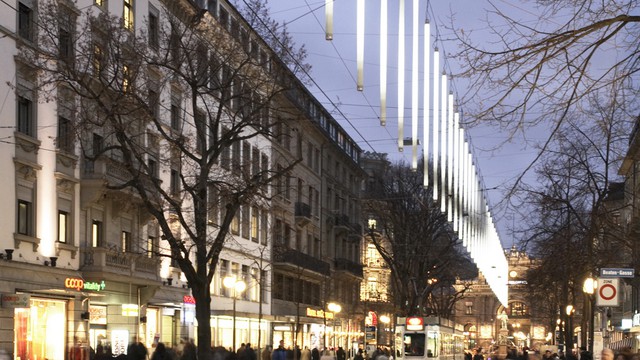 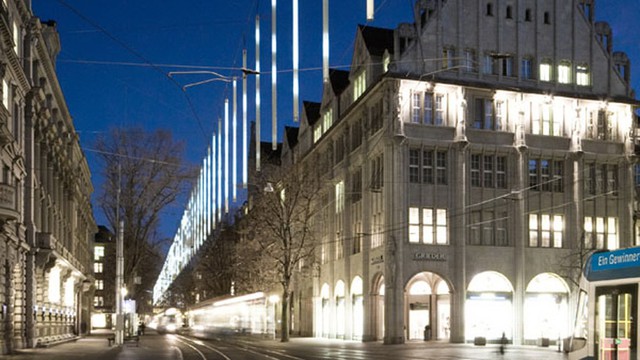 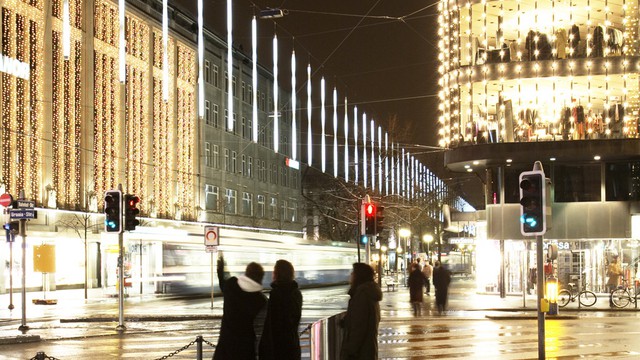 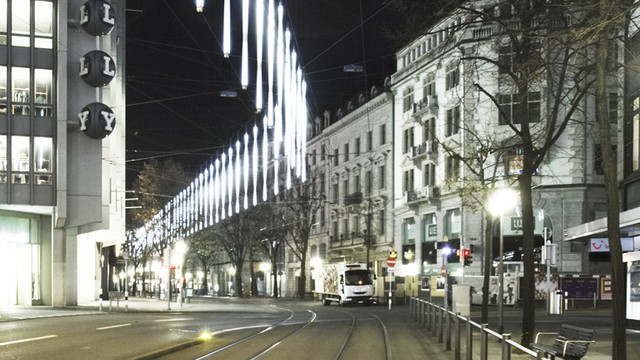 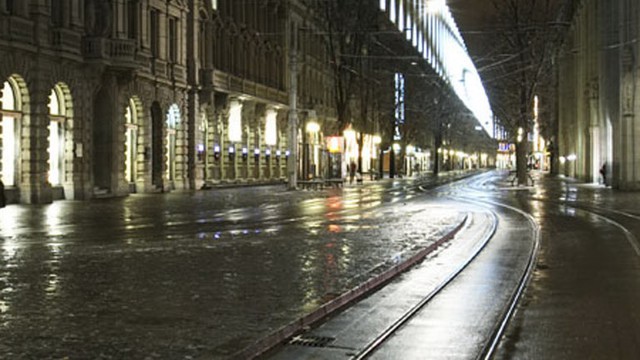 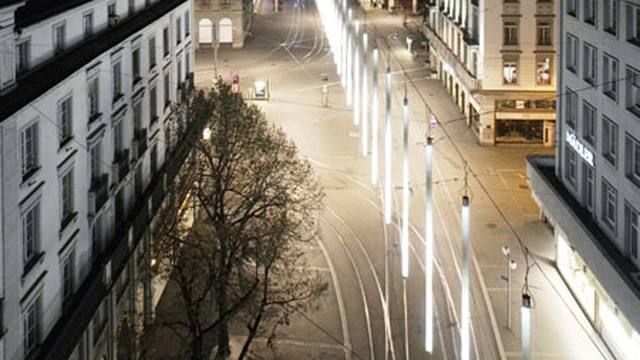 New christmas lighting for the famous Bahnhofstrasse in Zurich. The lighting spans a length of 1.1 kilometers using 275 tubes of light. A special software controls 8,800 LED bulbs that changes the light patterns and ambiance continuously in accordance with the level of activity in the street and the progression of time in the month of December.

In terms of urban planning, the installation connects the railway station to the lake. Its simple, linear course turns the band of light into the visual backbone of the city, accentuating the appearance of the Bahnhofstrasse and its two slight yet distinct changes in direction. The 7 m high, round tubes had to provide light evenly in all directions, and be able to withstand heavy windloads despite being light in weight. We therefore had to find a rigid, robust casing material that would also transmit light. The final tube was 7 m long and 15 cm in diameter, but its shell was only 2 mm thick; including the lighting and control technology, it weighed just under 23 kg. Intense engagement with the computer-operated production process allowed us to integrate two normally incongruent requirements into a single material, thus using wound glass fibres for lighting on this scale for the first time. During the Christmas season the Bahnhofstrasse is illuminated for eight hours every night, with a constant flow of changing light sequences. Thus the lights are “played” by custom software that controls the 8,800 LED bulbs in real time. We designed the parameters and rules of the algorithm to be potentially unlimited. The installation’s distinctive identity is conferred by the constant creation of new, unpredictable light patterns. Movement sensors affect the design and reflect what is going on below. But the Christmas lighting responds to people on the street gently and quietly, without overemphasising its interactivity.

Resolution and transmitting behaviour : 275 LED lightbars spaning over one kilometre

Urban situation : in the middle of a one km long street “Züricher Bahnhofstraße”